On a beautiful, sunny May Day in the English capital, Jade and Gavin’s glorious wedding took place in the former royal palace and world heritage site that is the Tower of London. The ancient walls of this iconic landmark have seen many historic stories unfold here. They say that when the ravens leave the Tower of London, the Crown will fall and Britain, as we know it, will never be the same again. That’s the myth, anyway. A similar urban legend is that if you were christened in the Tower of London, you will return to get wed here.

Now, I’m not sure about the ravens, but the latter is certainly true in the case of this week’s couple. The groom Gavin was christened here and he returned to marry his bride, Jade, in the same place. They tied the knot in the presence of the infamous 20 billion pounds worth of crown jewels that are housed here, during an exceptionally moving ceremony, which was overlooked by a beefeater.

Beefeaters are also known as Yeoman Warders. They guard the crown jewels, are responsible for looking after any prisoners in the tower and required to take part in any state ceremonies that occur on the premises. There were certainly no prisoners here on this happy day, but the beefeater did keep a close eye on the marriage register, and the  ceremony, with its extremely grand altar candles, would have done a royal couple proud! It was colourful, sophisticated and very touching.

After Jade and Gavin has been pronounced husband and wife, I took a few posed family and friend group shots in the grounds, before whisking the newlyweds off for a walk past the ceremonial cannons, and along the brightly lit riverbank next to Tower Bridge. The bride and groom caused quite a stir among the crowds of tourists. It would appear that more exciting than seeing the famous sight of Tower Bridge, is seeing a couple getting married here! We managed to get some lovely photos with Tower Bridge as part of the backdrop.

A traditional London bus took all the wedding guests over to the reception venue, which was no less grand. It was the Swan at Shakespeare’s Globe. This is surely a venue with one of the best views of London’s iconic landmarks. Everybody enjoyed the meal and speeches.

A particular highlight was the elegantly stacked and artfully precarious looking layered wedding cake, which was adorned with all sort of colourful flourishes. Before the dancing set the evening’s entertainment in motion, we had time to take another little walk, this time in the shadows of the neon London skyline at night. The Millennium Bridge, St Paul’s Cathedral, and the Shard all made an appearance in the photos. So many recognisable London sights just a short walk away!

Many thanks to Jade and Gavin for including me in their very special day. A good time was had by all and I’d like to wish this new husband and wife all the very best! If you’re looking for a London wedding photographer who knows his way around the city and all the very best backdrops nearby, I can help.

Many couples hire me to give their London wedding photos a timeless, cinematic feel that not only feature iconic London skyline landmarks, but also show them off to their best advantage on their special day. However, I’m happy to work closely with you to achieve the bespoke look you want. For an informal chat about your preferred style of wedding pictures, please get in touch. 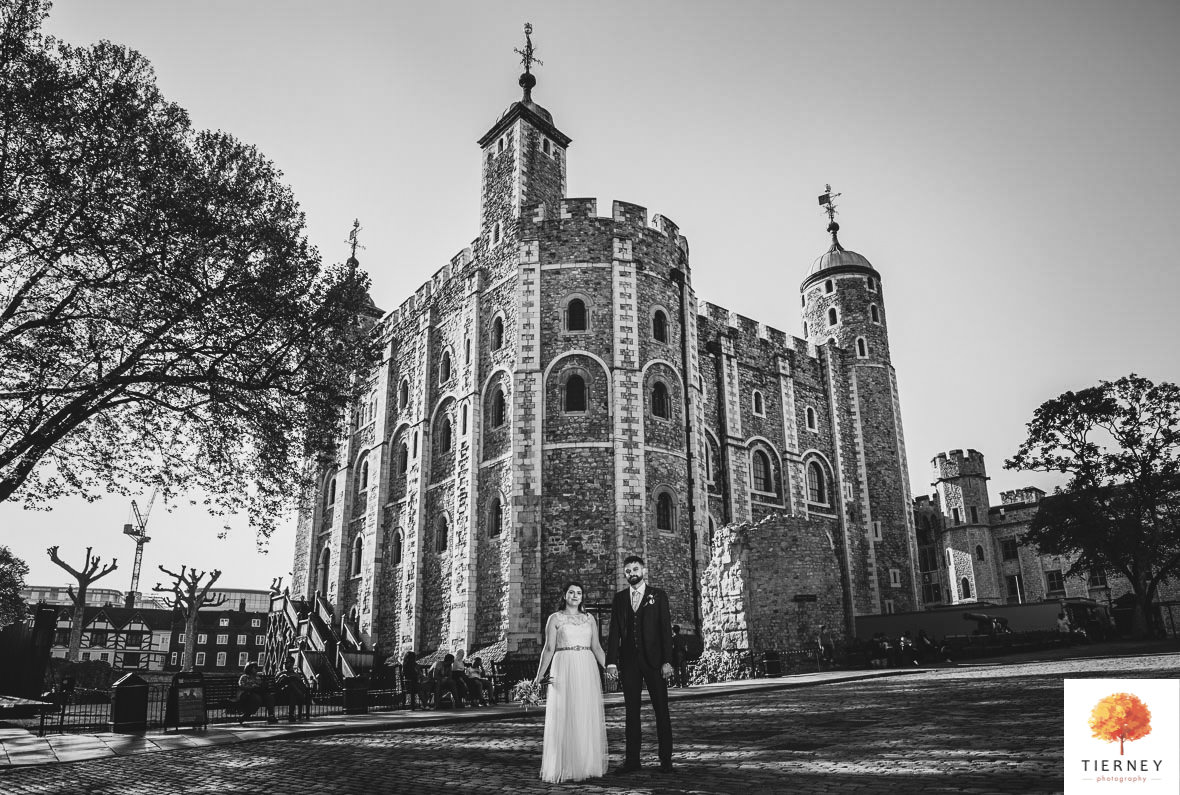 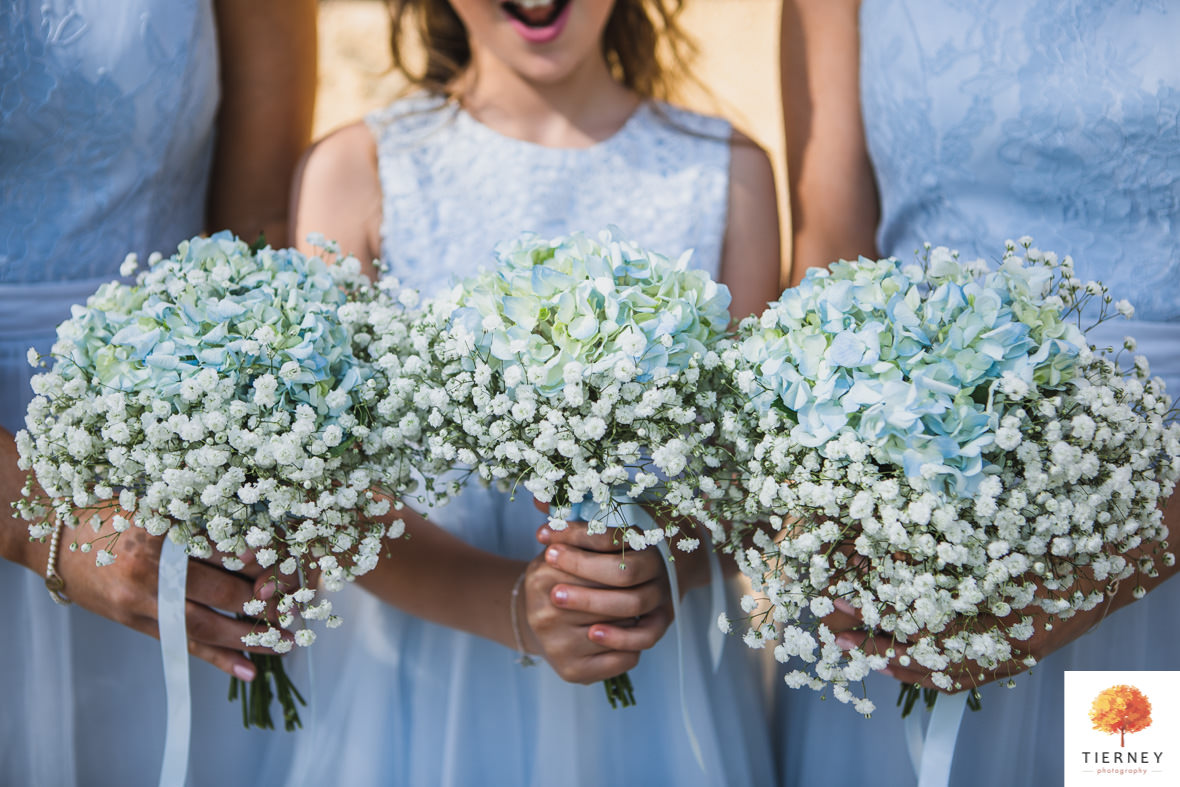 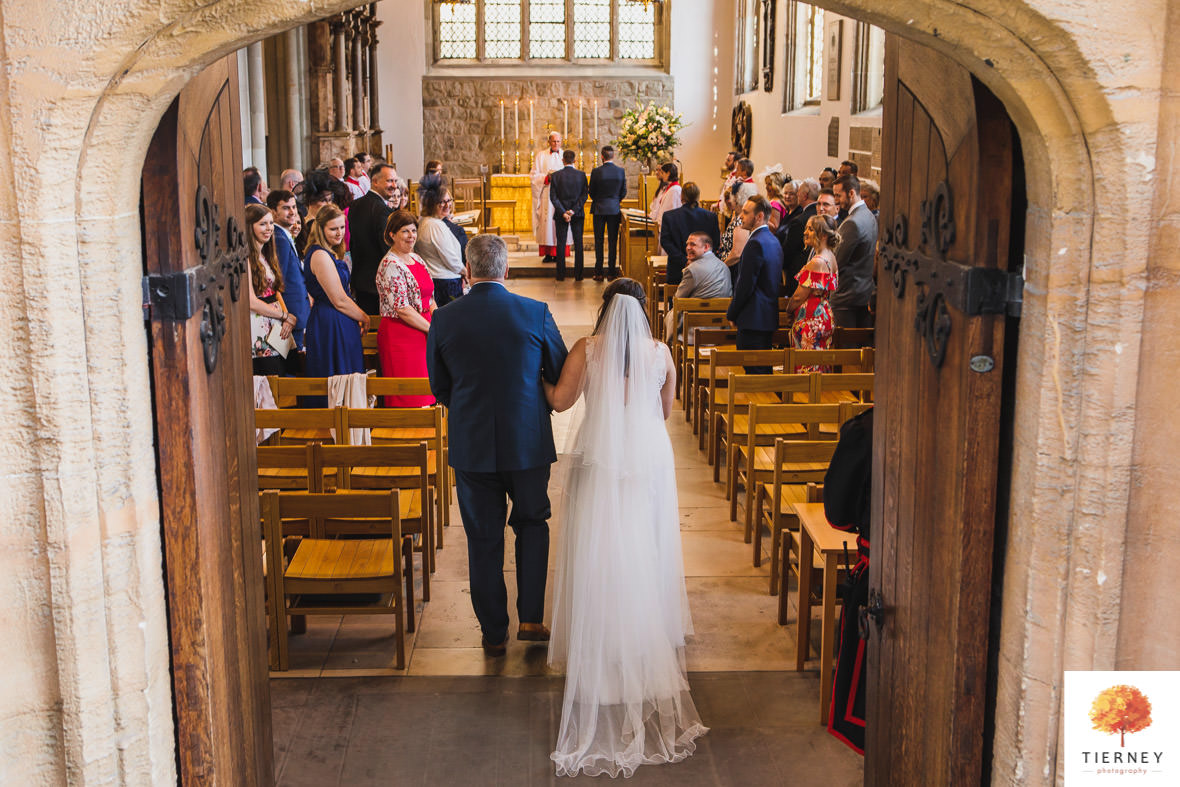 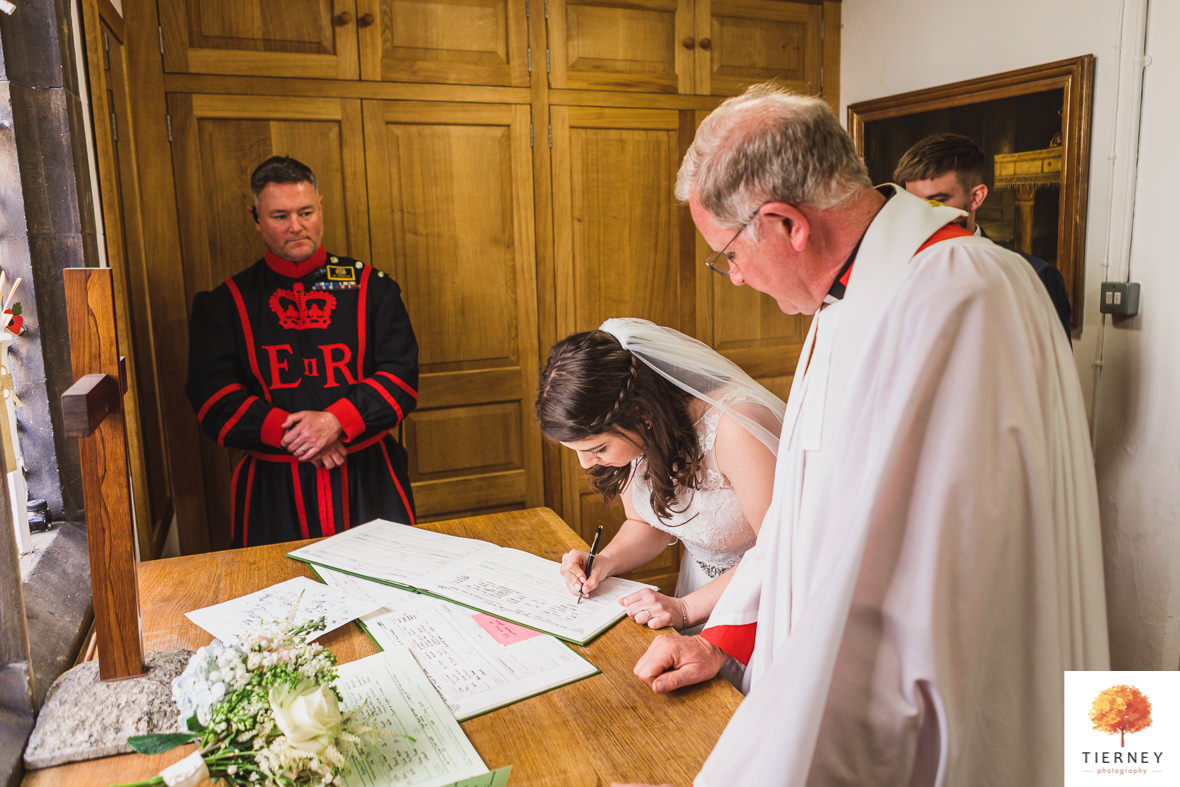 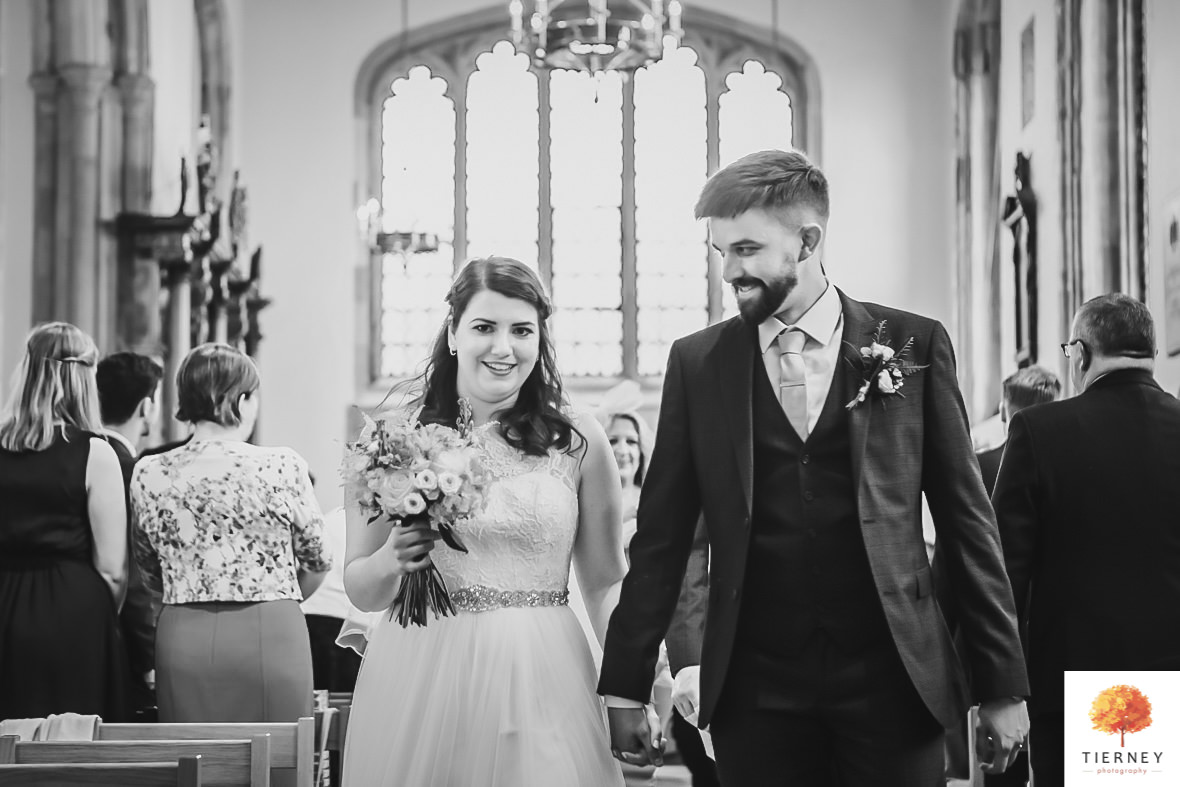 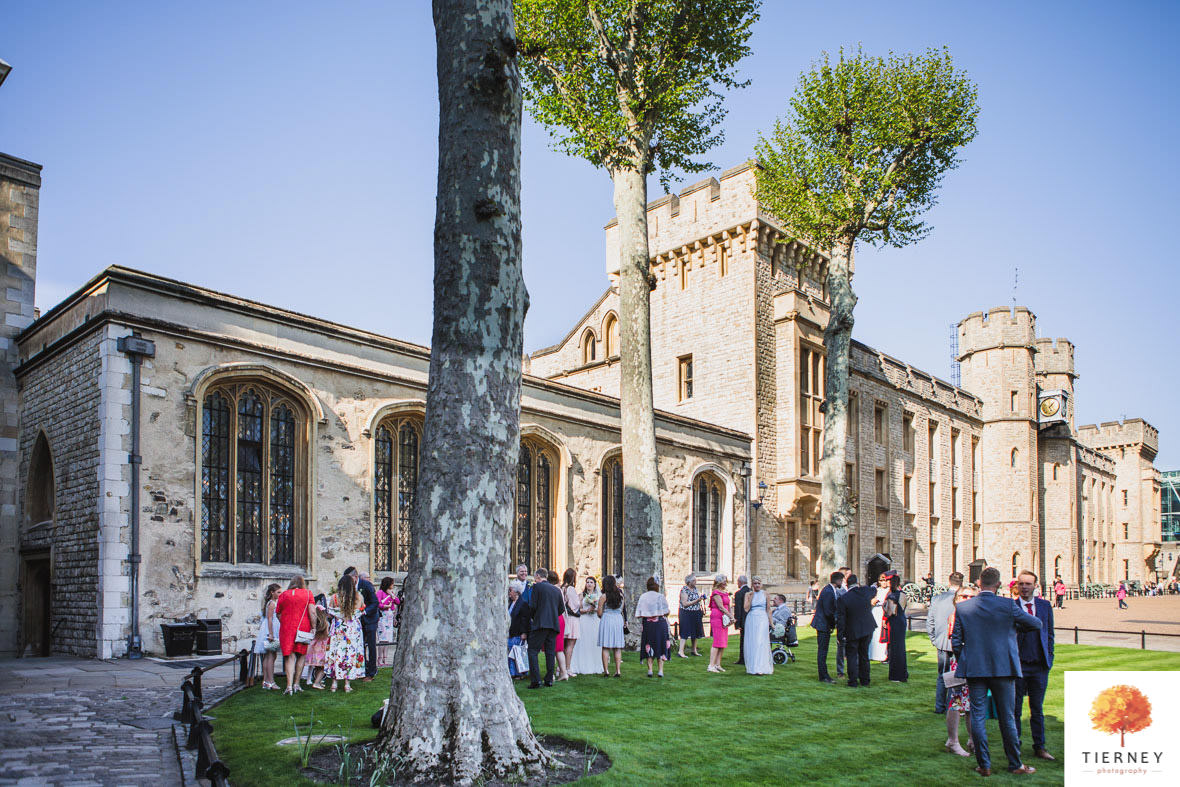 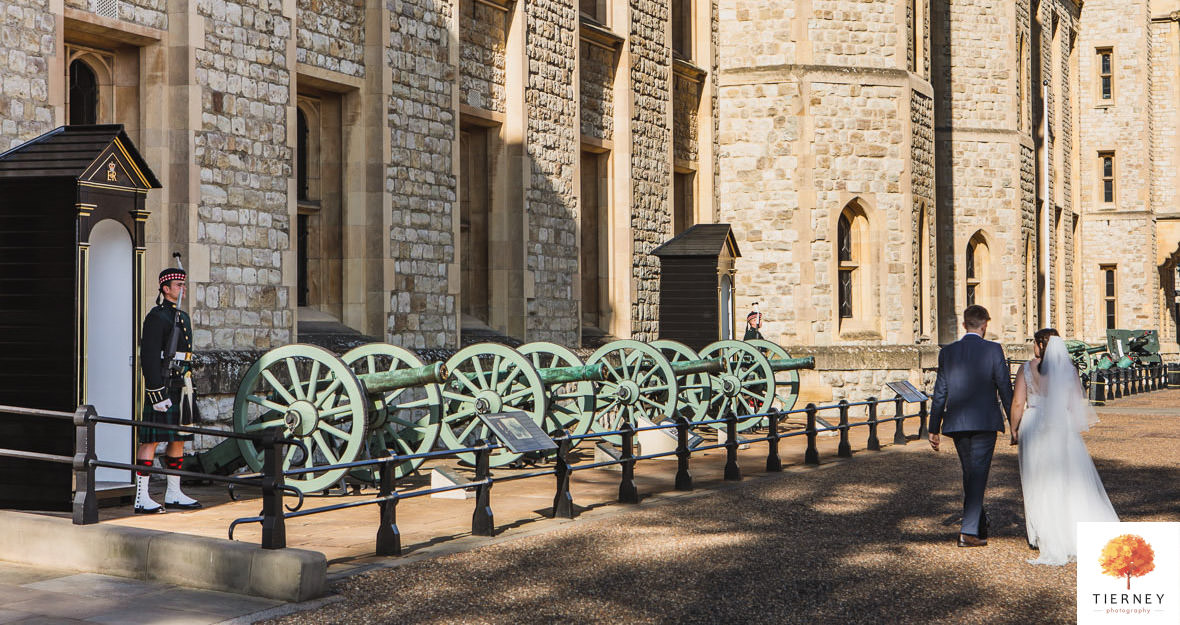 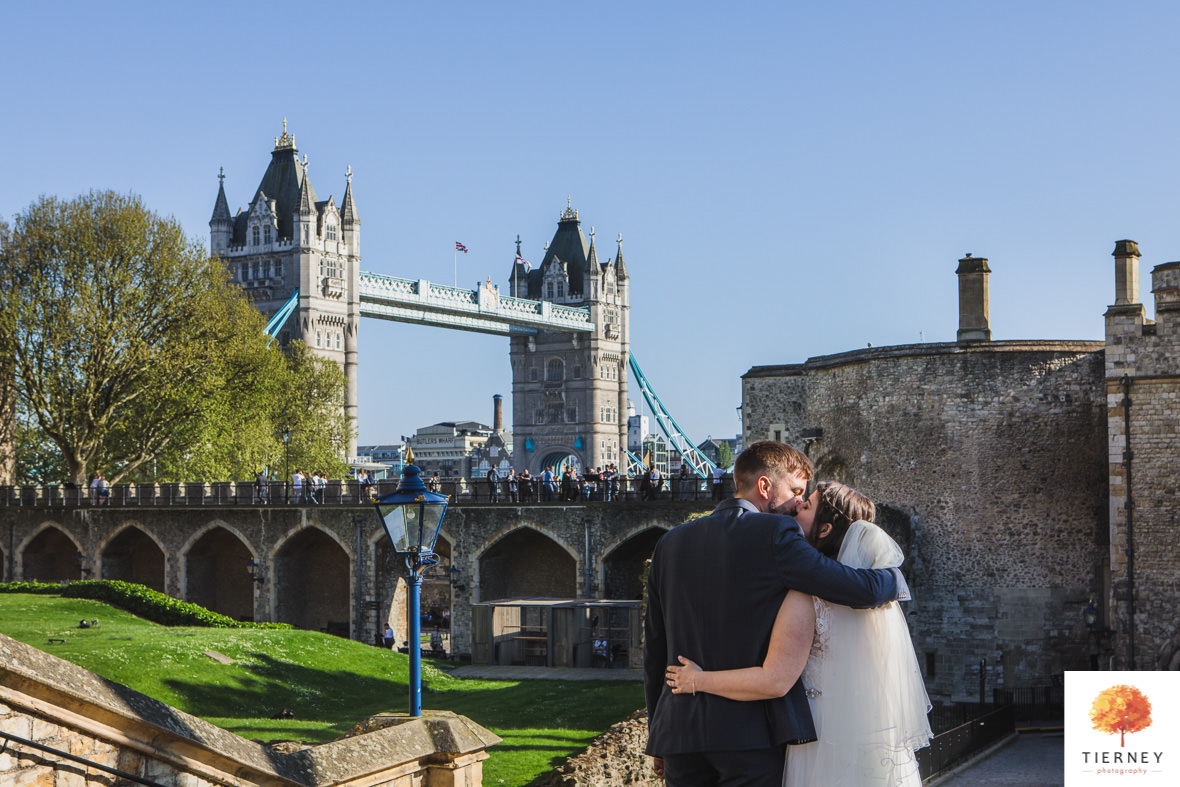 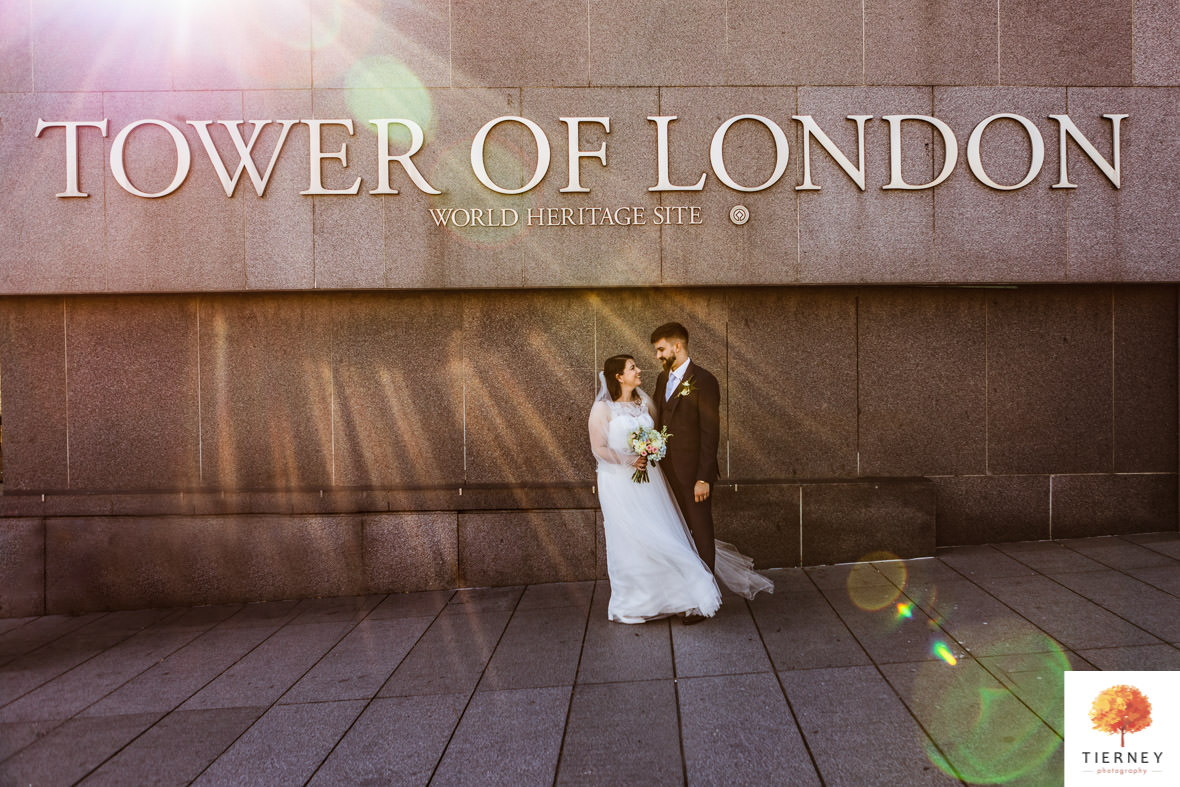 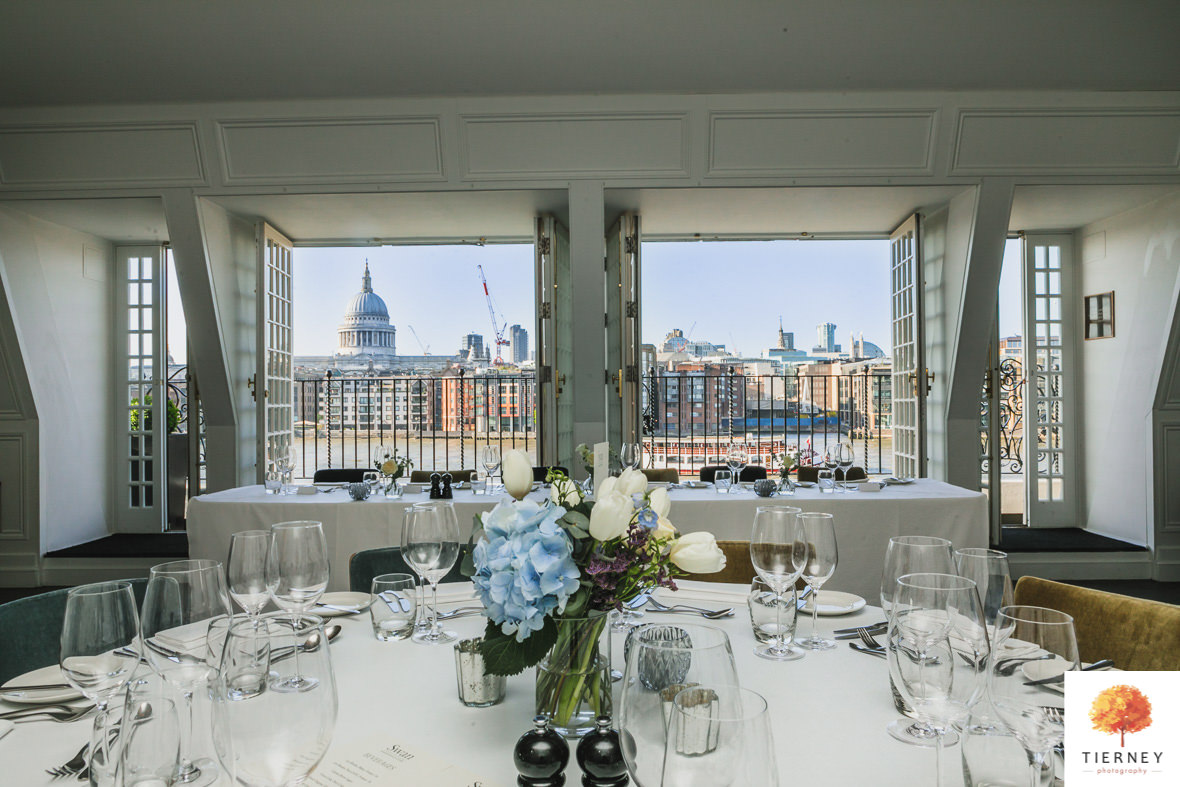 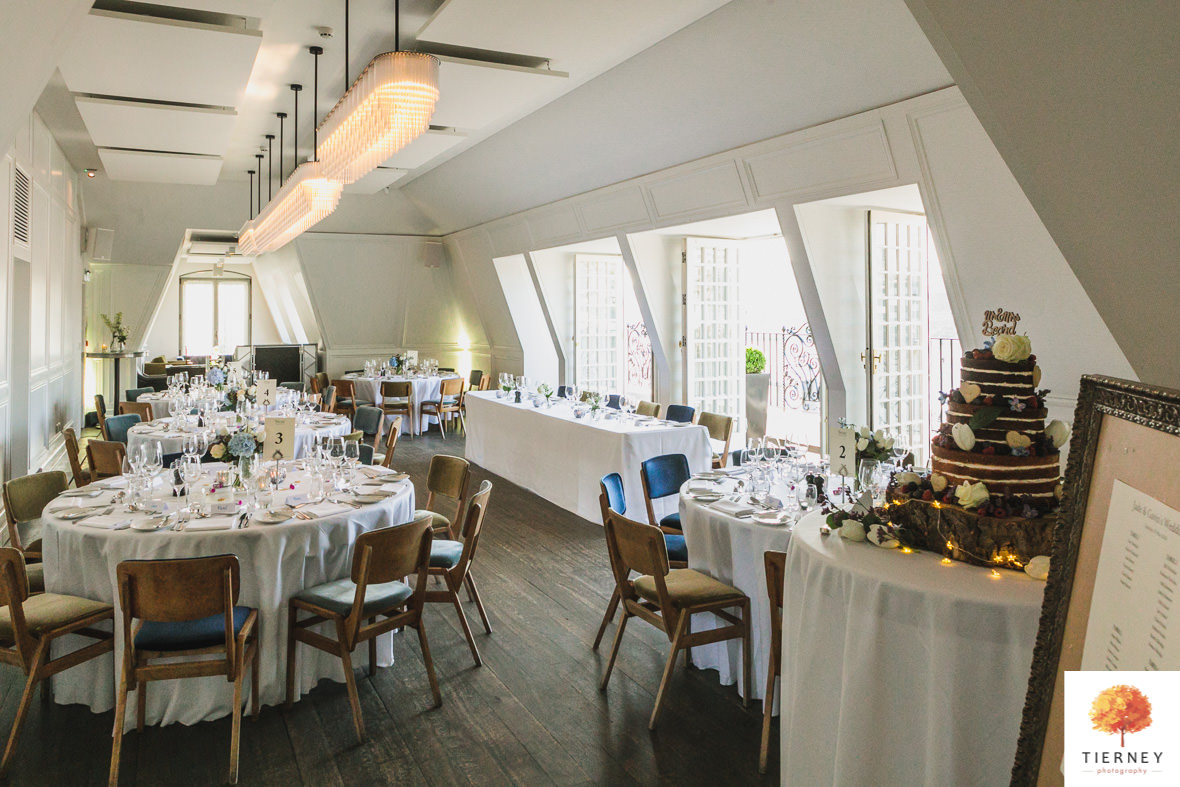 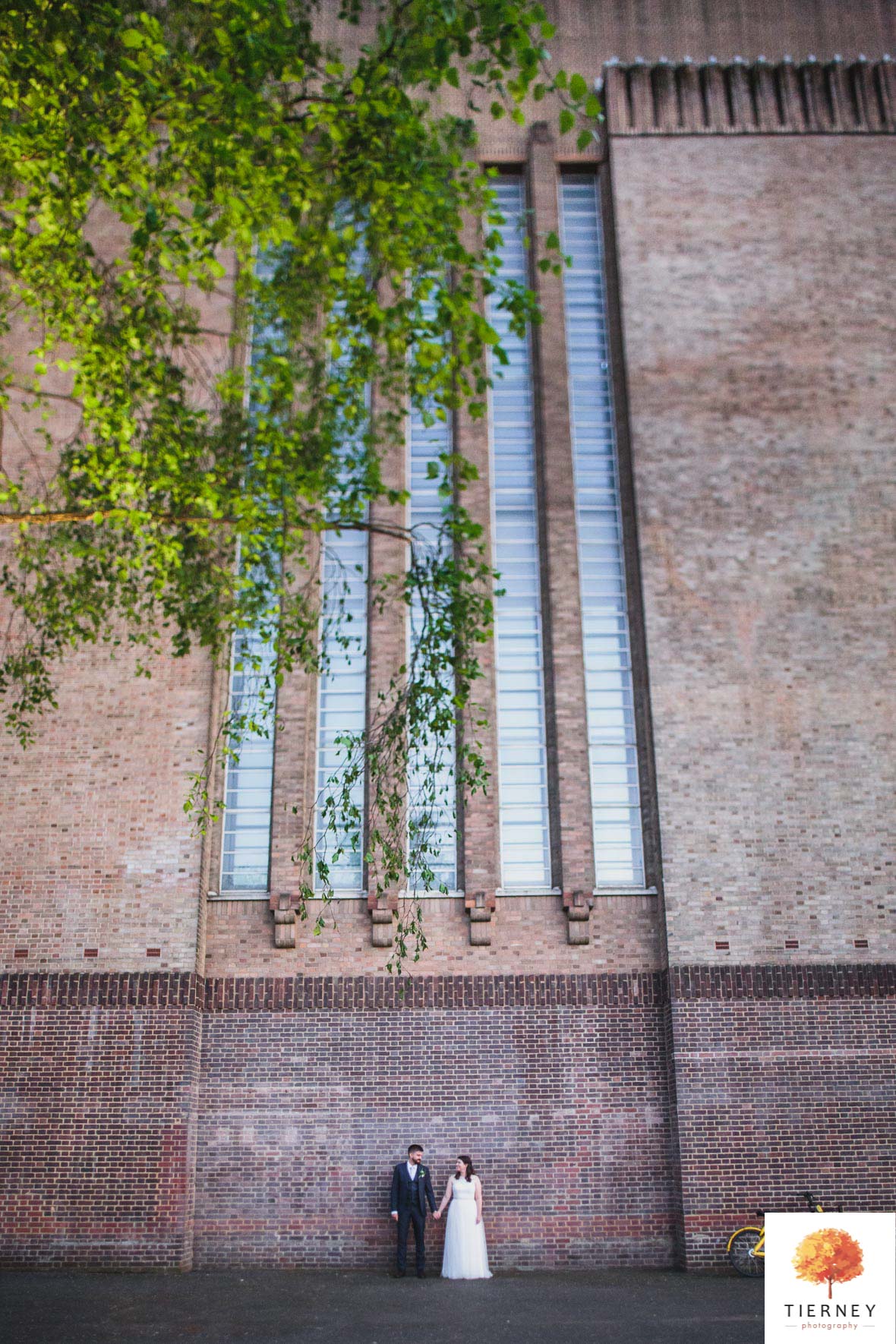 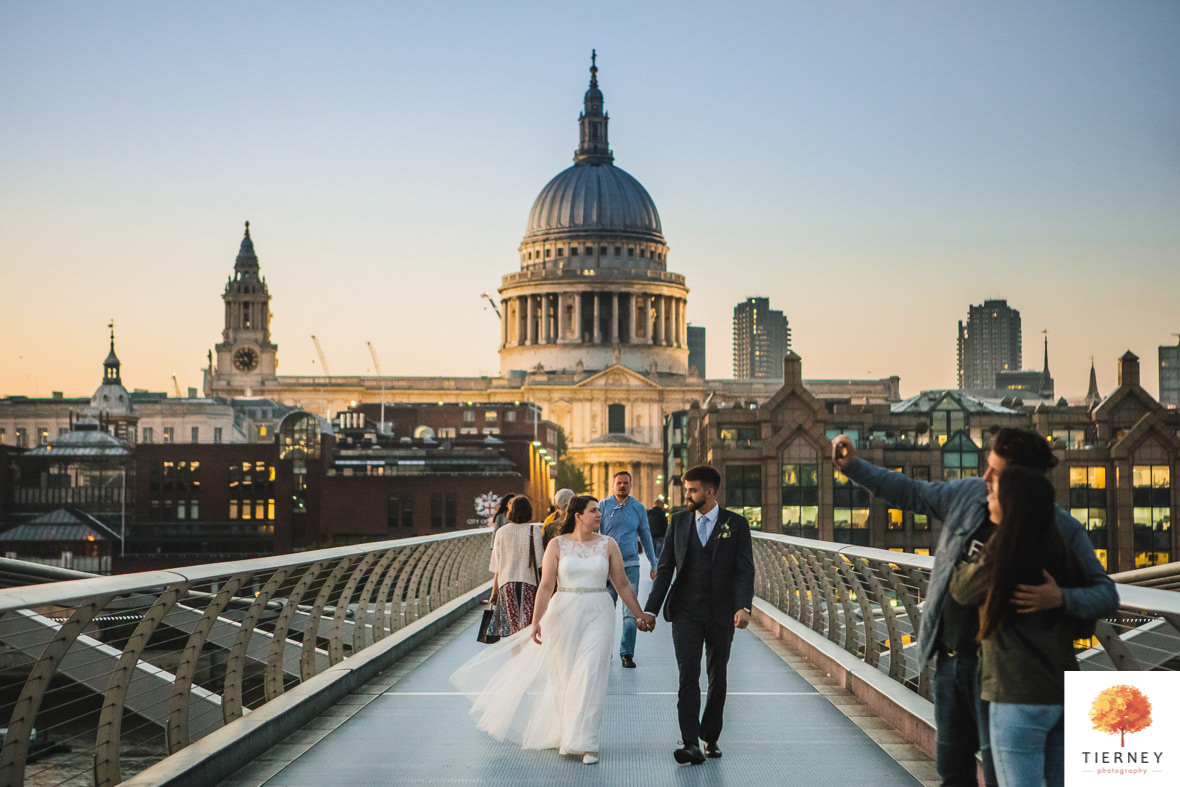 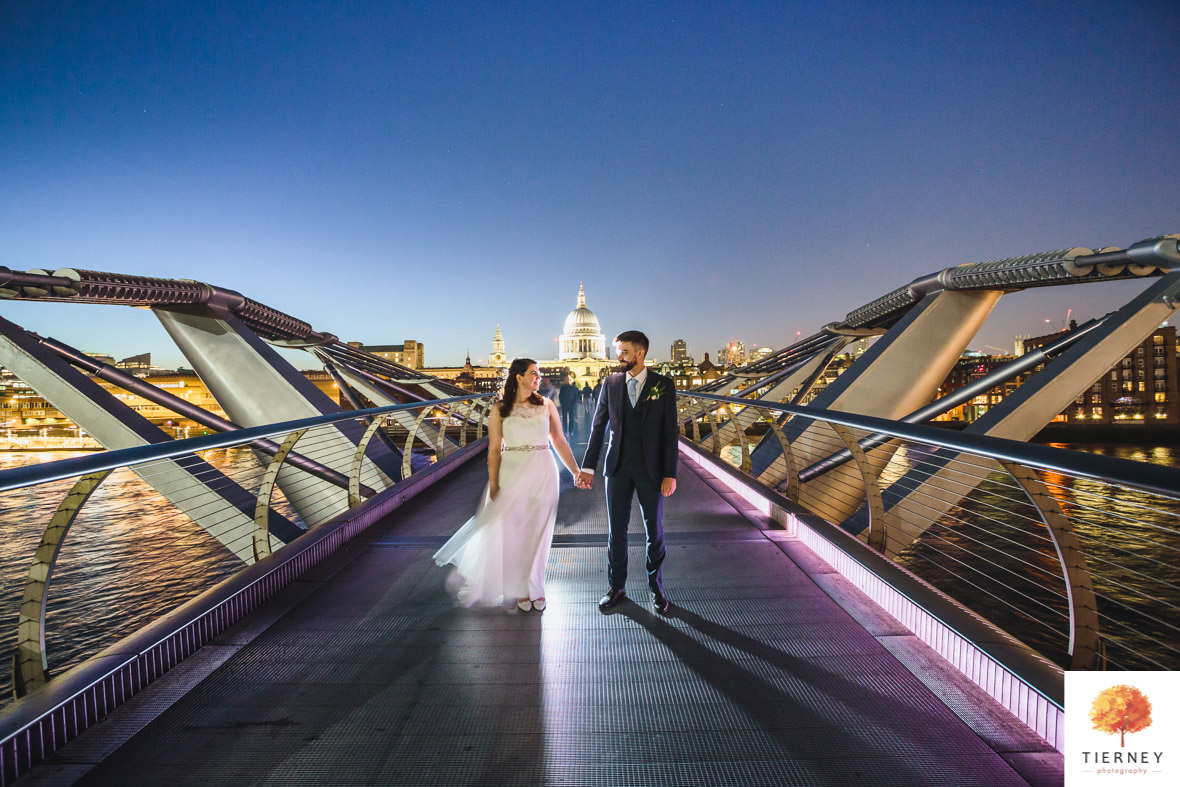 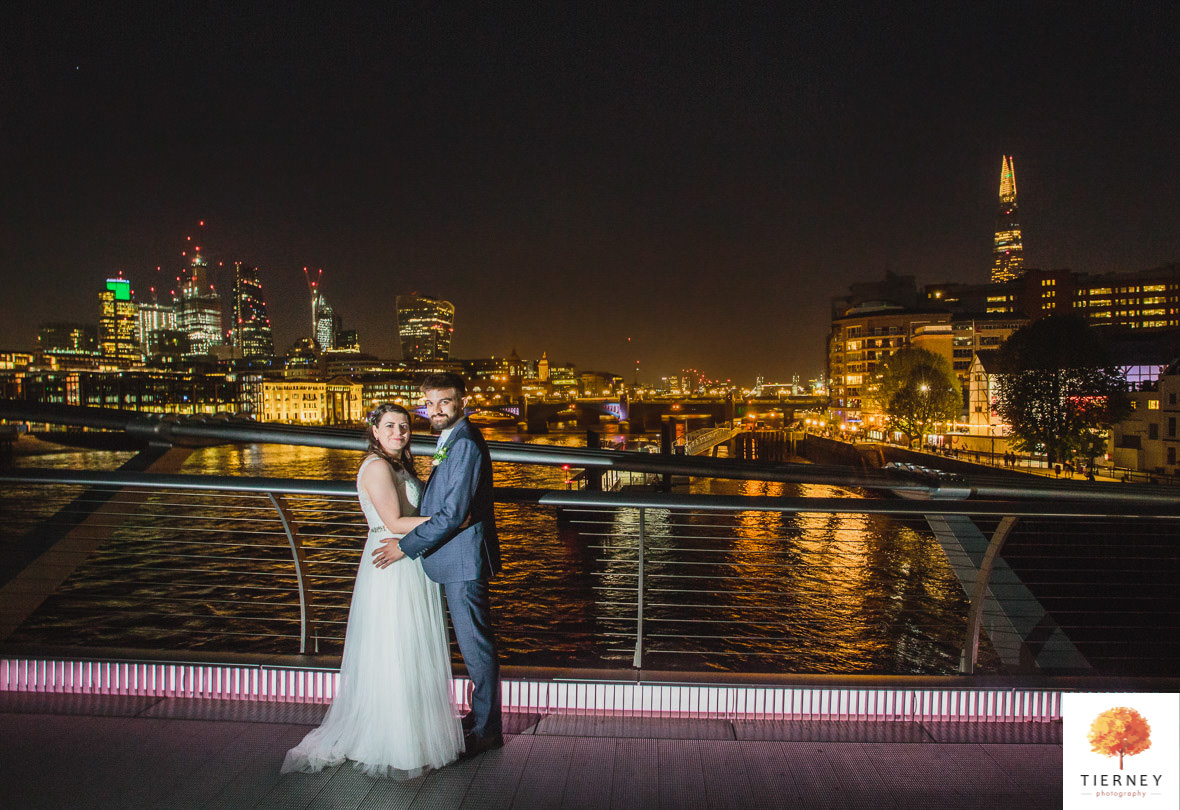 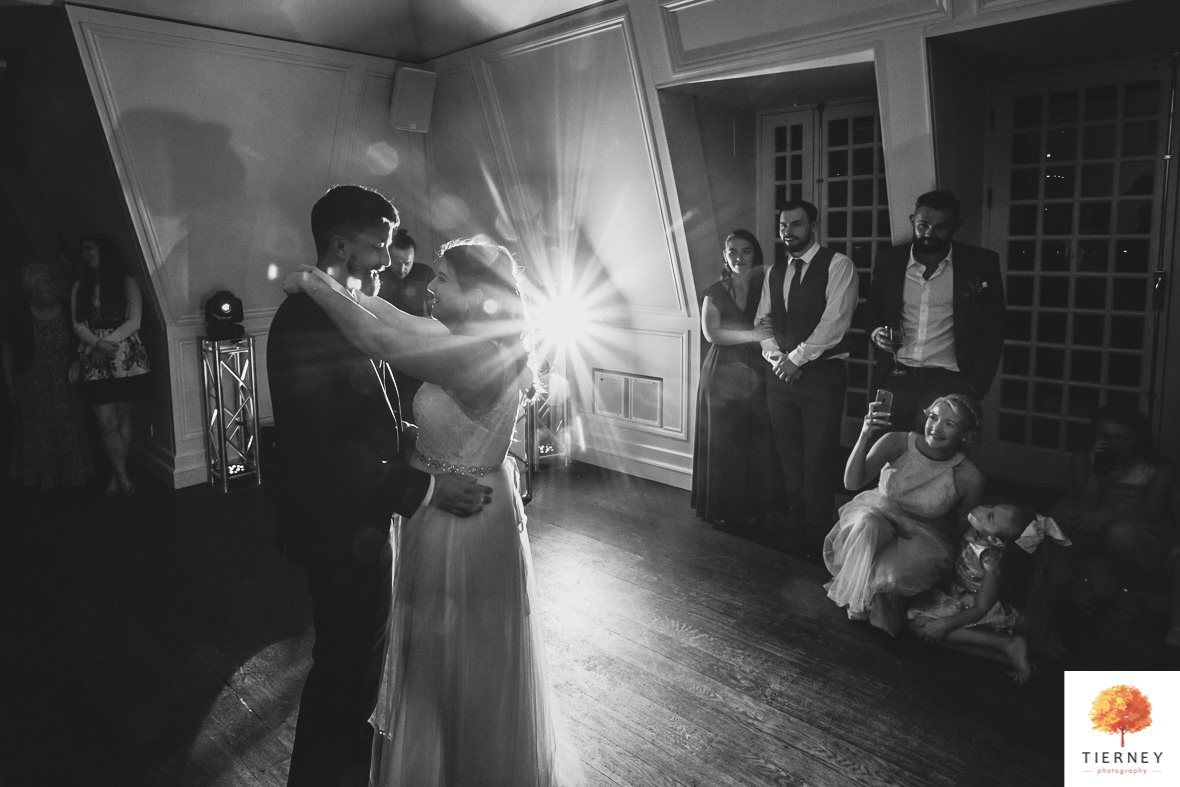